Watchmasters & Co
Lorton, VA 22079
Call or text for more info or to order.

Writer’s Note: My intent in offering this story is simply to give Rolex wearers an appreciation of the life and passion of the amazing gentleman who created our watch, Hans Wilsdorf. Many of you have never heard his name but owe him a great deal. I am telling this tale in story form and with a bit of poetic license yet based on historic fact. I hope you enjoy it. 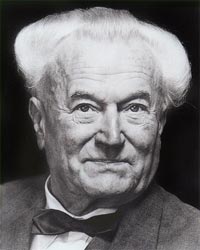 Hans Wilsdorf was born in Bavaria (Germany) in 1881 to a successful, middle-class family of iron mongers. At age 12, circumstances made young Hans an orphan. His charge was given to an Aunt and Uncle who promptly placed him in a Boarding School in Coburg, Germany about 25 miles away from his home. It was a dreadful existence and Hans was very unhappy. He focused on his school work to survive and became quite proficient at reading, writing and speaking English. This would later become quite useful!

One day, Hans decided he had had enough and left the boarding school for Geneva, Switzerland. He found a job working for a pearl merchant. He learned the business and noted that the company actually did not create anything and still made a great profit! The company purchased pearls from various markets then sorted, graded and packaged them for sale to jewelers. This would also prove to be a great lesson to young Hans.

Ultimately, Hans got a job with a growing watch company called Cuno-Korten in Switzerland. He was hired because he could read and write English and could answer correspondence from The British Empire and America, the richest nations in the World at that time. While at Kuno-Korten Hans became fascinated with watch movements and their accuracy. This was the beginning of his life-long passion.

Hans later found a partner, Alfred Davis, and together they opened their own watch company, Wilsdorf and Davis. Hans convinced a small watch movement manufacturer in Bienne, Switzerland , Aegler, to produce watch movements for him small enough to wear on the wrist. A great visionary, Hans saw the trend to move away from Pocket Watches. Their new watches proved to be very successful.

Wilsdorf and Davis first registered the Tradename Rolex in 1908. It means absolutely nothing and is thought to have been inspired by George Eastman who in 1884 decided against naming his camera the Eastman 25 in favor of Kodak. Mr. Eastman is quoted as saying I knew a tradename must be short, vigorous, incapable of being misspelled to the extent that will destroy its identity, and, in order to satisfy the trademark laws, must mean nothing. The brand name Rolex was born!

Mr. Wilsdorf continued to be innovative with his watch and was intent upon its high level of accuracy. Then, in 1926 he added a new level of distinction he made it water-proof and deemed it the Oyster. He coined the term due to his frustration in trying to open a tightly closed Oyster!

Hans Wilsdorf and his Amazing Watch

In 1927, Mr. Wilsdorf was looking to make his Rolex watch known around the world. He employed the services of a young London typist named Mercedes Glietz who at the time was attempting to swim the English Channel. Hans announced to the world media that she would be wearing his water-proof Rolex Oyster watch and that she would emerge from the water and his watch would be perfectly on time. This had never been done before. When Miss Glietz stepped from the water, exhausted, after swimming for over 15 hours, her Rolex was right on time. She and her Rolex Oyster made headlines around the world!

Rolex has continued to stay in the forefront of the watch world with classic design and innovation, to this day. If you would like to learn more of this incredible watch and its history, I highly recommend the book, The Best of Time, by Mr. James M. Dowling and Mr. Jeffery P. Hess.  It is exceptional and was a source for this writing.

Writer’s Note: Hans Wilsdorf’s passion in life was his Rolex watch. He intended his watch to make the world a better place, through its uses, its accuracy and its beauty. He wanted his watch to be considered a symbol of achievement, not a symbol of status and became agitated if it was referred to as such. His watch was priced just out of reach of the middle-class man meaning, to earn one, one would have to contribute a bit more, work a little harder and reach a bit farther. A Rolex watch is generally significant of a major achievement in its wearer’s life. Upon Mr. Wilsdorf’s death in 1960, he owned all of Rolex and the Company today is still privately held and overseen by the Hans Wilsdorf Foundation which is a Charitable Organization. It is said that the proceeds discretely go to Children’s Charities around the world (Mr. Wilsdorf was an orphan) and to cutting edge entrepreneurial endeavors (Mr. Wilsdorf had over 700 patents). You should be extremely proud of that Rolex on your wrist, your achievements to get it and this Company who produced it. It says a lot about you.